What if mentees’ don’t have access to a smartphone.

There’s a digital divide in internet access at home: According to the National Center for Education Statistics’ Condition of Education 2019 report, in 2017 just 49% of families making less than $20,000 a year had home internet access. And of the families who didn’t have home internet access, 34% said they could not afford it. That’s three million students.  Although this issue needs to be addressed, many apps can be downloaded and used offline and/or students can link to networks at their schools or programs  or when they are with their mentors.

According to a new study by the Pew Family Foundation, 95 percent of young people  already have access to smartphones and are in the habit of checking them many times a day. This includes youth across all racial, education, and income groups.

In fact, underserved and marginalized groups, who tend to rely on their smartphones even more heavily than do their more privileged counterparts and, because they have less access to in-person service, often receive valuable information and support from their phones. Some evidence-based apps have been adopted for use across racial and ethnic groups, helping to spread linguistically and culturally acceptable interventions while reducing waitlists in overburdened mental health systems.

How will this change relationships?

Likewise, many app-based interventions can be completed in a matter of months or even weeks, potentially releasing volunteers from the traditional one-year mentoring commitment so they can work with additional youth. Mentees on waitlists may also benefit. Frontline staff can draw on youth’s intake data to recommend targeted, evidence-based apps for waitlisted youth to work on with family members or other caring adults.

Is the app accessible from a tablet as well as a phone?

Yes, the app is accessible on iOS as well as Android Devices.

Are mentors able to see mentee data when they’re using the apps of our third party partners?

Our tech partners share their API with us, which enables mentors to see certain data—e.g., logins, length of session, etc. and, in some cases their progress within an app. But that’s it. The point of MentorHub is to make sure the mentee remains engaged, not to get too into the weeds of what they’re doing. It’s also built so that mentees can pivot from app to app as their needs change.

Can I get training on what it means to provide supportive accountability?

Yes, we will offer trainings on what this means and how to provide supportive accountability. 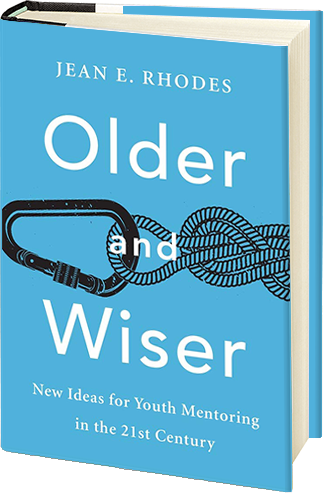